Despite being experienced by 80-100% of cancer patients, Cancer Related Fatigue (CRF) is not well managed in traditional care settings. This has led to an increase in use of alternative modalities such as massage to manage and minimize its effects, which is supported by a promising yet limited body of scientific evidence. The Middlesex Hospital Cancer Center’s randomized, controlled pilot study will further examine the efficacy of Swedishstyle therapeutic massage in alleviating CRF in posttreatment breast cancer survivors. Severity of fatigue, the primary response variable, will be measured using the Brief Fatigue Inventory, a validated, tenitem tool from the MD Anderson Cancer Center.

Treatment group members will receive four, one hour massages over consecutive weeks; fatigue will be measured one week before the initial massage, immediately before and 24 hours after each massage, and four weeks after the final therapy session. Control group participants will not undergo massage while enrolled in the study but will complete BFIs on the same schedule as the treatment group. The delivery schedule of the BFI will allow for analysis of both short and longer term severity of fatigue. 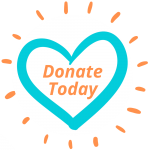 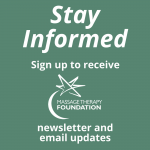